A Tribute to Bernard Watney 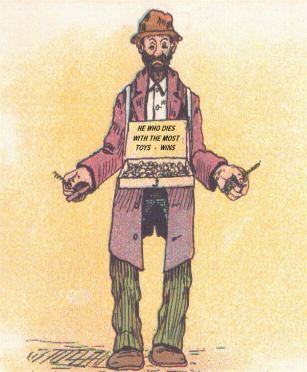 The Silver Anniversary meeting of the International Correspondence of Corkscrew Addicts was held in London in 1998. Conspicuously absent was founder member Dr. Bernard Watney. Members in attendance learned that Bernard had been hospitalized and could not attend. He was missed by all. Everyone said farewells at the close of the meeting and returned home to play with their corkscrews. On September 29, I learned that Bernard did not return home from the hospital. He did not recover from an operation and has now, as the late Evan Perry always stated, "passed through that great screw hole in the sky" on Monday, September 28.

We have lost another dear corkscrew collecting friend and when the role of the greatest corkscrew collectors in corkscrew heaven is read, I am sure that Bernard will be at the top of the list. His accomplishments in the corkscrew field are well known.

When I first met Bernard in 1981, I felt that I had been introduced to the screwiest corkscrew collector of all. First of all, he was quite outrageously dressed and his hair looked like a firecracker had exploded in it. And he had this begging "give me a corkscrew fix" look. The first words he uttered to me were apparently something in Bernard's humour repertoire that went right over my head. In the following years, I learned that this was all quite normal for Bernard and with every meeting I grew to appreciate him more and more. I loved his outrageous neckties and t-shirts (sometimes worn together). I understood his lust for corkscrews. And I learned to understand his tremendous wit. The often overused expression "when they made him, they threw away the mold" applies to Bernard more than anyone else. He was truly unique.

In the many years that Bonnie and I spent at meetings with Bernard and his lovely Mavis, we always enjoyed Bernard's stories (sometimes lengthy, sometimes bawdy). When he was called upon to speak, he spoke with great eloquence and wit. I honestly believe his mind was always working overtime. He was always one step ahead of others. A most memorable example of his quick wit arose at an ICCA meeting on the Isle of Wight in 1983. The term "Go-With" had been in use for several years for persons accompanying addicts. Several Go-Withs stated that they found the term objectionable and a movement was on to get it changed. Bernard was chairing the annual meeting. The subject was brought up by a female Go-With. Bernard asked if there was another suggestion for a name and none was forthcoming from the floor. Bernard proclaimed "Then we will call them Come-Withs!" The plea was immediately dropped and the "Go-With" term is still being used today.

Several years ago, Bonnie and I had the great pleasure of receiving an invitation for dinner and collection viewing at the Watney home. Bernard brought out his best wine and after a wonderful dinner, we retreated to the living room. First we looked at Bernard's marvellous postcard collection (more on that later). Then Bernard announced that it was time to look at corkscrews. We were told to wait on the couch. Bernard quickly disappeared and we heard some banging and rattling in an adjacent room. Then he appeared with a tray of silver corkscrews. We digested those, he took the tray back to the room and returned with one filled with more silver. We sat there for several hours while Bernard fed us tray after tray. We were practically speechless. We were looking at Bernard's lifetime passion and he was like an excited young boy opening presents of first trains and BB guns on Christmas morning. It was a spectacle.

At the time I saw Bernard's postcard collection, we each had about 400 cards. We each had 75-100 that the other didn't have. The greatest growth in our collections from that point forward was our annual swap. We both came armed with a stack of traders stating "There will be a lot you need here." We each seemed to need about half of the other's stack. The annual swap was a tradition that I will sincerely miss.

When Bonnie saw a t-shirt that read "He who dies with the most toys wins," she knew that this was the ultimate t-shirt for Bernard's wardrobe. When she gave it to him, he was wearing it within an hour. It appeared at least once on him in every meeting after that. In the corkscrew field, Bernard did die with the most toys. He had memories of corkscrews and corkscrew tales beyond belief. He was a winner!

We will miss you, Bernard.