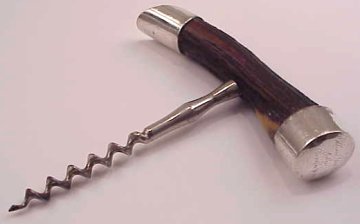 Letters from William to Charles

William was the son of Edward Dyer and Jane Almira (Gould). Prior to enrolment at Harvard, he had attended the J. P. Hopkinson private school. After graduation he studied architecture for two years with the Boston firm of Sturgis and Brigham. He then spent time in Paris and San Francisco before settling into his own practice at 6 Beacon Street, Boston. In January, 1898, he formed a partnership with Arthur Wallace using the name Peters & Rice. He retired in 1904 with winters in Florida and a number of trips to Europe. He summered on Cape Cod's Buzzards Bay.

Peters was a member of the Porcellian Club and designed their building at what is now 1320 Massachusetts Avenue and currently occupied by J. August Company offering Harvard decorated sportswear and gift items. Peters designed a highly refined Georgian Revival building in buff Chicago brick with four floors of club rooms above the ground floor. The Porcellian is considered the most prestigious of Harvard’s undergraduate organizations, and Peters gave the club an elegant presence on Massachusetts Avenue directly opposite the Yard’s Porcellian Gate.

Note: We thank the Cambridge Historical Society, the Harvard Alumni Association and Max Roesler for information on Peters. The Alumni Association gives Peter's daughter Amey's birth year as 1895, yet William wrote to Charles in 1894 that she was born on January 17.

Charles Franklin Sprague was the son of Seth E. Sprague and Harriet Boardman Lawrence. He attended Boston schools and the Phillips Exeter Academy before enrolling at Harvard in 1875. He studied at Harvard Law School in 1891 and 1893 and became a member of the Suffolk Bar. After that he embarked on an illustrious political career: He was member of the Boston Common Council in 1889 and 1890; member of the State house of representatives in 1891 and 1892; served as chairman of the board of park commissioners of the city of Boston in 1893 and 1894; served in the State senate in 1895 and 1896; elected as a Republican to the Fifty-fifth and Fifty-sixth Congresses (March 4, 1897 - March 3, 1901). He declined to be a candidate for renomination in 1900

When Sprague was elected to Congress in 1896 he was rated as the richest man in the National House of Representatives with a fortune estimated at $7,000,000. He was the owner of the Faulkner Estate in Brookline. When he moved from Boston to Washington, a special train of nine cars carried his household goods.

Sprague suffered from brain disease and after his death at the young age of forty-four, the Harvard Alumni Association paid this tribute:

"One of Sprague's strongest characteristics was his keen sense of humor, and this, together with his attractive personality, caused him throughout his life to be much welcomed at all social gatherings. Perhaps no one in the Class had a popularity so widely spread. It may be truly said of him that he added to the sum of the world's happiness by the enjoyment that his mere presence and conversation afforded, and that this, of nothing else, gave a value to his life. While not given to very serious study during his college course, he showed, immediately after graduation, his determination to take a part in the affairs of the world. He was honest and conscientious in the performance of his public duties, and trusts, and had he lived, would doubtless have attained the higher positions to which his ambitions pointed."

The Boston Herald reported in the April 20, 1896 on Sprague's move from Boston to Brookline. They noted that "Mr. Sprague is a member of several prominent clubs in this city. The family is identified with the leading social elements in Boston and Brookline. The craze for athletics has never attacked Mr. Sprague. He likes to ride a horse and is fond of his bicycle, but his inclinations run in the direction of no particular fad. To him life is a serious business not to be frittered away in idleness and pleasure."

Note: We thank the Biographical Directory of the United States Congress, the Harvard Alumni Association and Max Roesler for information on Sprague. 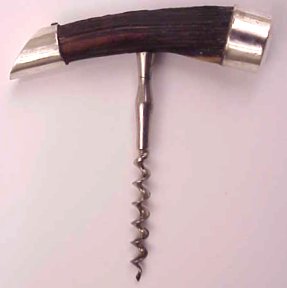 At the time of his death, Sprague's wife was travelling in Egypt with her two children for health reasons. She was unable to return for the funeral. Several years after his death, she married Edward Deshon Brandegee. Here daughter Marion married John Edward Boit of Jamaica Plain on June 5, 1920. Eleanor married Wilfred Sefton and lived in Auburn, New York.

Sprague's Faulkner Farm became generally known as the Brandegee Estate. In 1985 the Estate at 280 Newton St., Brookline was added to the National Register of Historic Places.

The corkscrew was sold to Don Bull (Virginia) by Tom Atkinson (Massachusetts) on April 27, 2002 at the 24th Annual Meeting of Just for Openers held in Fredericksburg, Virginia.

Considering the wealth of Charles Sprague detailed in the above article, we wonder if he had similar corkscrews engraved for other friends. His funeral was attended by well over 300 prominent people, many of whom could have received such gifts from Sprague. Take a close look at your corkscrews of this type and take a magnifying glass to the endcaps - let us know if you have one from Charles Sprague.