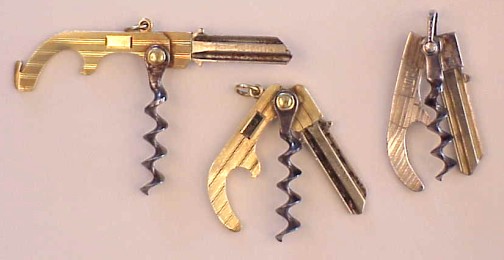 The patent has been assigned to Sloan & Company, a New York corporation. McLean's claims relate to the pivoting segments which lock in place by contacting a stop-pin and thus serve as the handle for "a helically formed member" (corkscrew). Although his invention discusses cap lifters, box openers, nail removers and key blanks, these are not part of his patent claims.

The Answer will be seen in tomorrow's Daily Screw.