How does a Wyler watch relate to corkscrews?

Two of Wyler's famous trademark watches were the Wyler Dynawind and the Wyler Incaflex. The Incaflex was registered as a U. S. trademark while Wyler was living in Forest Hills, New York in 1949.

In the midst of all of these watch inventions, Wyler came up with a design for a combination corkscrew and bottle opener while living in Forest Hills. And on this date in 1948, he was granted United States Design Patent Number 148,345 for his design in the form of a key. Wyler called his product "The Castle Key" and formed the Castle Key Corporation at 630 Fifth Avenue (same as the watch company at the time). 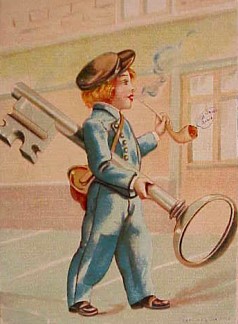