In 1963 I got my first P-38* can opener courtesy of the United States Army. It came with a pack of C-Rations. On bivouac it didn't take long to learn how to use it. Hunger was a driving force. And it worked well. In my 1966 year as a bum meandering about Europe and the Middle East, I kept my P-38 handy. When I found places that wanted to buy a pint or two of my blood, I'd buy some canned beans or whatever for those nights on city park benches and alongside dusty roads.

My P-38 didn't have a corkscrew and I didn't have a bottle of wine with a cork. Now that I'm older and wiser, my P-38's have corkscrews (and a few other tools). Here's some of them that I've grown attached to: 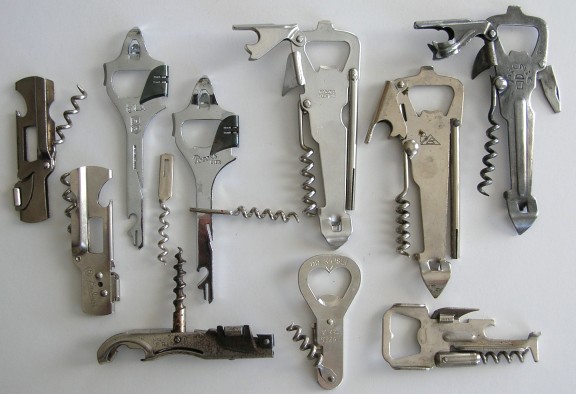 *In the early days of WWII, the Army introduced C rations. The Subsistence Research Laboratory of Chicago designed a 1.5" folding can opener to go with the canned C Rations. Because it took 38 punches to open a C ration can and, as personnel said, it performed with at the speed of the P-38 fighter plane, it became know as simply the P-38. 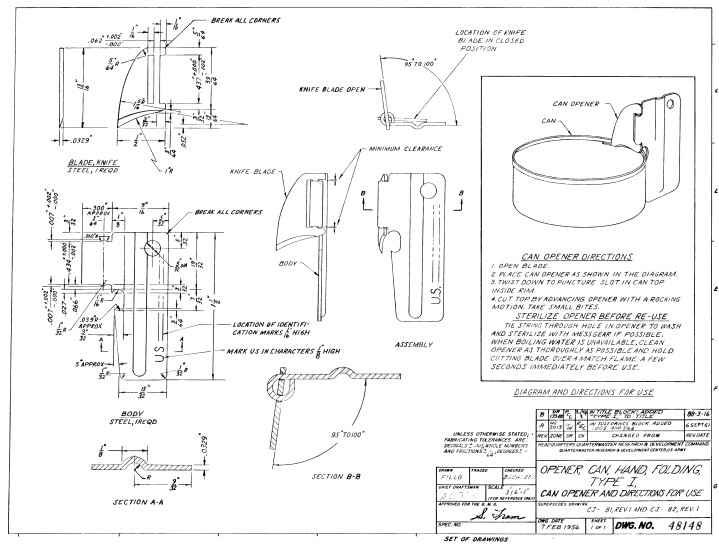